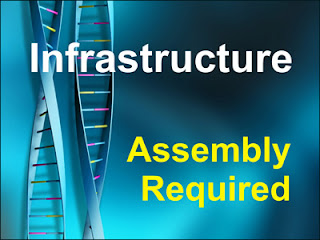 I received a call from a lady who wanted to start a new company. The best description of her might be “energy personified.” Not only did she speak a mile a minute but the thoughts and ideas she cast off in the conversation flew in every possible direction. She had a lot of ideas, over the top passion, a little anger and just knew that she could do something bigger, better and grander than she had experienced through her current company. She not only had energy and passion but was a BIG thinker.

You have to love people like this as they are like sparklers. They have their moment where they are on fire and bring a delighted moment with their display and then fizzle out leaving a simple burnt wire that never becomes anything else.

Compare the big thinker against a visionary. The visionary, as they describe their idea, paint a picture where it is possible to see it and how it will happen. They too, have ideas, passion and energy but they know that none of these mean much without structure and focus.

If I gave each of these a type of erector set to build a company and set them to work, the visionary would have an idea in mind of what it would look like when complete, the big thinker would see all of the pieces and parts, selecting the shiniest as points of concentration…but neither would build a company from all of the parts and pieces. In fact, both would probably become very frustrated. An architect would be needed to translate the vision to an executable plan and bring together the components and expertise to create the plan to turn the concepts into a company. Still the erector set would not come together on its own.

An engineer might be required to resolve issues and challenges where the plan would not work as written due to the materials or other elements available. However the engineer, like the big thinker, visionary and architect will not put the set together. It will require a builder and laborers who can execute the ideas that have been brought into a vision, drawn into a plan to utilize engineered modifications before it begins to take shape. The shape will be required to follow certain rules, governed by the design and function of the pieces. A wheel does not turn freely unless on an axle, a joint does not work without the connecting pieces and a connector does not do any good unless it fits into the pieces it is to connect. In essence, these rules, defining elements and governing factors are infrastructure at its most basic level.

Companies may be built on ideas but cannot be sustained, grown or changed without infrastructure.

The infrastructure of companies includes items and or functions that are grouped into:
Each will have many sub-elements, all creating an internal structure for the company and allowing growth and development without breaking the company. Infrastructure is flexible and changes as needed, but within its defined role. When infrastructure is too rigid, a company cannot grow or adapt.
In rare cases, the big thinker, visionary, architect, builder and laborers are found in a single individual who often is the initiator. The single person can work with minimal infrastructure, but if they want to grow, it requires infrastructure so that others are on the same page bringing the disassembled parts of the erector set together into a working company.

Our blog series for the month of November will focus on infrastructure. Within the series we will begin to explore the parts and pieces needed to make a company work like a well-designed and maintained machine.

Thank you for joining us. his article is very helpful