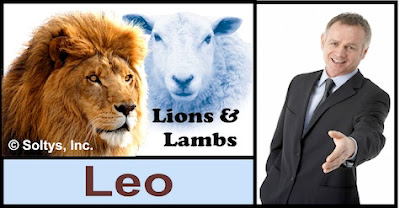 Leo is the king of the salespeople in his company.  Like all male lions he has a mighty roar and loves the attention he receives when he brings in the sale.  But in reality, he is a cowardly lion; his hunting is really limited to friendly grounds and leads given to him by the company.  He does not like confrontation and will usually back down when the client asks for anything even if it means that he claims the hunt while there is nothing for the company.  He prefers to graze with the lambs and be led by the shepherd.

So why is he considered to be King of the salespeople?  Yes, he does bring in the most business, whether or not it has any bottom line impact after costs which include his commission, and he has the longest tenure with the company.  It all actually boils down to the fact that he is a “F.O.T.O.” – Friend of the Owner.  FOTO’s have a huge impact on companies and often keep the companies from realizing their potential.

On the surface it looks like the perfect situation, a sales person who can produce has great loyalty to the owner and, through that relationship, to the company.  He knows how to talk to the owner, often has mutual interests and friends, and knows what the owner wants to hear.  FOTO’s also have many photos which bear proof of the ties and the relationships as well as, sometimes, less than optimum or business appropriate situations.

Even when the number two person in the company was tasked with heading up sales, Leo and the sales team were not held accountable.  There were several reasons but the greatest was that since management of FOTO’s was never fully given, attempts at accountability often resulted in ownership intervention.  Ownership was fearful of losing Leo and he made sure that his position was well known.
Perhaps the greatest impact is the most hidden.  Because Leo has a privileged relationship and communications with little accountability, the company has little visibility into lost opportunities.  Leo does not like to use company systems and is often given a pass.  Since he is the sales leader (and a FOTO) and does not want to use the systems, there is no tracking of opportunities, actions and initiatives.  He is not accountable for anything other than what he chooses to report and there is no visibility to what he does.

The company, like all companies, would like to increase sales and certainly could if the sales team was held to objectives, reporting and accountability.  Leads generated by the company, if triaged and tracked, would bring a better return on investment, but that is not Leo’s concern.  His concern is in looking good and keeping his relationship with the owner which drives his income and future.  In previous companies where Leo was not a FOTO, he had been a hunter, finding new accounts and developing the business from those to grow the company.  Without accountability the only measurements are business volume.  Source is not a topic of conversation and if it comes up, Leo is quick to change the direction.

Leo is a product of the environment and culture.  The owner’s preference for FOTO relationships has created many hiding places.  In this company, the owner’s insecurities of working with new people not previously known and gentle heart toward FOTOs is handicapping the growth.  There is no comparative because a great salesperson previously unknown to the company will not be hired.  In fact, they may not even get an interview.  By default, it is a closed shop.

Leo, while perceiving great benefit from this arrangement, is also marginalized.  He no longer feels or is driven by the thrill of the hunt and will never reach his potential.  It is the owner’s comfort zone that has taken Leo from being a hunter to grazing with the lambs.

Email ThisBlogThis!Share to TwitterShare to FacebookShare to Pinterest
Labels: Leadership and Management, Lions and Lambs, Sales


This article is interesting and useful. And let me share an article about health which insha Allah will be very useful if we use it again for others.