A Tribute To A Lucky Man 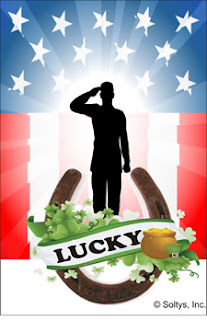 He was not tall in stature, but he walked tall. He always had a twinkle in his eye and a firm handshake that let you know he was confident in who he was and his place in this world. He was a hero with medals, ribbons and six purple hearts commemorating his acts of valor, but to many of us who were lucky enough to know this man, he was a friend. 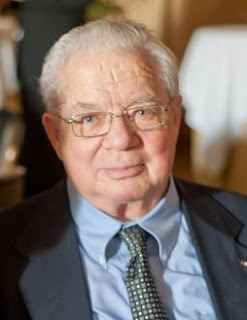 I have chosen to write today’s post as a tribute to my friend Ray Viers, not because of his heroism or the many lives he saved, but because of the lives he made richer. When I first met Ray and his wife Marlene, Ray immediately jumped to his feet and made introductions to all who were around. He wanted to make sure that this newcomer knew that there would be no strangers in this group and all were welcome. Beneath the toughened exterior and gruff voice was a man who was all heart. He had worn the yoke of leadership throughout his life and had no problem taking a leadership role whenever leadership was needed. This was a part of the fabric of his relationships. While some called him a service driven man, which he certainly was, it was all a part of the relationships he nurtured and treasured.

Relationships were the center of the love in his family, the love and respect for the country he served and the soldiers who served under him. His business as an oilman was relationship centered, from employees and associates through competitors. Anyone who became a friend understood that the bonds of friendship were tightly bound in the fabric of the relationships he built, maintained and loved.

Each Veteran’s Day, and I’m sure on many other occasions as well, Ray was called upon to speak to school children. He never took a hero’s pedestal but rather worked to instill in everyone he met an understanding of respect, loyalty, commitment, honor, duty and most of all that these are acts of love in the relationships we all have. While I cannot speak for the parents of those children, I do know first-hand of his interest in kids and those who serve. He always asked about my children and their well-being in the various ways they served the country. He loved reading the stories my daughter wrote from overseas and when he met her, had advice to share.

He was already retired when we met but I would have loved to have seen him in action in business. The stories told show a bravado and passion that he had for everything he did. It would have been a delight and a privilege to work with him.

Ray was a lucky man in many ways, a great family, a wonderfully rich life and surviving the wounds for which he was awarded six purple hearts. He certainly understood that no luck ever comes to those who are not ready to take advantage of the opportunities and timing when presented. I and many others count ourselves lucky to have known him. Thank you, Ray, for your service to our country and all who you touched but most of all for your friendship.