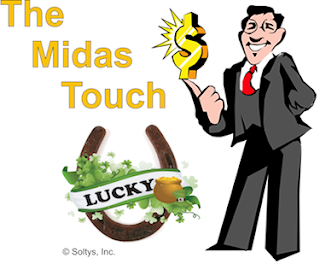 There are always people who appear to have what is termed “The Midas Touch” in their businesses. They seem to have the opportunity to turn anything into gold. One such business owner was John. You might say that John was a bit cocky, perhaps even arrogant, and definitely felt superior to most business people who would be considered his peers.

John was a visionary and a planner, but most people could not see that due to the persona he projected. He had inherited his father’s business at a fairly young age. It was a nice family business that had supported the family well, but there had been little motivation to grow the business beyond the original footprint. He decided to set a path of growth through acquisition and a bit of intimidation.

He had three primary strategies:

All was going very well for about 10 years. The greatest challenge for John had been adding trusted people to his leadership circle. He needed strong people who could lead but his persona was so strong that it was difficult for even the best to work in his shadow. He felt that he knew what he was doing and what he wanted to accomplish and the results seemed to show he was right.

Like all of the Midas’s of various stories and lore, the Midas touch turned into more of a curse than a blessing. The larger he grew, the more he needed to empower leadership within his company but he just could not share the limelight.

One day, much to John’s surprise, his most able and trusted lieutenant opened up a new company within his market. The gauntlet was thrown, he had grown the competitor from within, a person who knew and understood his methodologies and could not be intimidated.

Everyone thought that he had lost his touch. Much to the surprise of all, he welcomed the competition and in many ways it was like watching two armies united against a common enemy. They both grew and changed the playing field. John concentrated on the western half of the market where the real money was and let Tom take on the eastern market which offered abundance but not the same dollars. He knew that by helping his new competitor grow and succeed in areas that had lesser interest to him, he also kept other competitors from coming in to the market.

John never had the Midas Touch. He had the good fortune to be born with ambition, and the ability to see and use strategy to his advantage and change to incorporate new dynamics into his plan. He was also a bit lucky. It is unusual for a person with the strength, bravado and history of success to maintain their focus and grow in a situation that could have created vulnerability. John made and continues to make his own luck.

* bell cow | noun
a cow, especially the lead cow of a herd, having a bell attached to a collar around its neck so that the herd can be located easily.