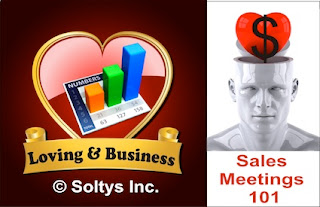 Harold, the business owner mentioned in the last post, A Business Hub for Virtual Work, was very creative with ways to drive culture and a sense of belonging to everyone in his company whether they were office based or virtual. Dealing with the space issue created another challenge as well as an opportunity.

Utilizing the hoteling strategy, making the facility into a business hub, the large training room/media center and meeting room were now booked a lot of the time with either people using the hoteling services or businesses and groups from the community. It was wonderful that his parking lot always looked full and there was a lot of activity. The bottom line impact had been better than he expected as the room that had gotten used one or twice a week was about 80% of capacity booking. By having people there and a lot of traffic, it was a natural, subtle but present marketing vehicle for his company and sales. The benefits certainly outweighed the challenge of having space available.

Harold felt that having regular meetings was not only an important method of sharing information but it also brought people together, sharing, getting to know each other and creating a better, friendlier and more cohesive business environment. It was a part of their culture.

Like many of his peer companies. Harold had witnessed a decline in attendance at meetings over the years, in part because people were unwilling to let go of any business opportunity in the tight market, but also because most people felt that any information and meeting notes would be posted on the company intranet. The very tools and efficiencies he had put in place to aid communications were working against bringing people together. He decided to go back to Sales Meeting 101.

First chapter – The KISS Principle – translated to Keep it Simple and Short.
Second Chapter – Feed Them And They Will Come.
Third Chapter - WII-FM – It Isn’t About You.
Fourth Chapter – Fun and Engagement.

As he started reading the chapter – there it was, the missing element. He had been doing everything to push to them and not pull them to the meeting. They were not engaged and the intranet certainly did not share the fun or camaraderie that was being missed. It brought back memories of some of his best meetings ever, which in some cases were now long ago and few people with the company now would have ever experienced those meetings. They were not only fun, but people wanted to be there, wanted to celebrate being a part of the company and the successes that had been realized. Sure there was information delivered, but that was a part of the mechanics rather than defining the meeting. He and everyone loved those meetings and it showed in the business, creating a culture of strength.

Putting his creativity to work, he determined that once a month there would be a meeting that would be one to be remembered and drive the things he knew would be important. Since his space was in use most of the time, he started to look in the community and to his vendors for space that would fit the requirements of convenience while creating a different, destination type venue. The first thing that he did was determine a theme for each of 10 monthly meetings. He decided that the mid-year meeting would take place at their annual outing. The Annual Awards and Celebration would be the 12th meeting. As he thought about the calendar, he decided to consider options to include the charity event they hosted as another part of the meeting calendar. Having several of the meetings as a part of a larger event meant that the social component would be fulfilled and the information could be taken care of minimally, supported by handouts and the intranet. Those meetings would also focus on celebrating achievement which fit right into his plan.

Each week in the office, via staff and through the intranet, clues were dropped as to the location of the meeting that month so that there was a buzz of guessing and greater interaction among everyone in person, via text, email, phone, voice mail notes and any other type of communication. He even started an internal blog to drive conversation.

All of the themes gave a clue but not specifics about the content or the speakers that would be at the meeting. Some of the themes he came up with were:
It did not take long for attendance, excitement and anticipation to build.

Different people came forward asking to organize a meeting. The other meetings he held online through a virtual meeting room with small groups of sales people that would have common interests, objectives or experience.

The new strategy really brought back the love to the business meeting and the profits came rolling in from the new use of the former meeting room.