For The Love of Business 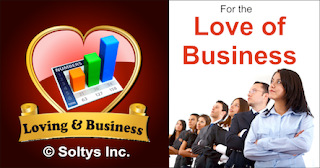 This morning I was thinking about examples of people who really love their business and what makes them successful. It is easy to understand the love of a business when it is about what you do, produce and accomplish. However, if you are growing an enterprise and working through others, the entire group of satisfiers that drive you changes from being about you to the empowerment of others. This is leadership in its highest form. People who work for and with a leader who empowers know that the ROI they gain is greater than the bottom line.

One of the people that came to mind today was Ebby Halliday, Founder and Chairman of Ebby Halliday Realtors® in Dallas, TX. Her company, established in 1945, was ranked 15th in the nation by transaction sides and 12th for sales volume by REAL Trends in the REAL Trends 500 published in May 2011. The reason that she and her company came to mind was not the size, it is the memory of what made that company different.

When I moved to the Dallas area in 1984, I interviewed with several firms to find which one I wanted to hang my license with and work in. Ebby Halliday Realtors® was a top company on the list. However, being a bit rebellious and a northerner, as soon as I heard that hosiery and skirts were a requirement in the dress code for women, I could not imagine that in the Dallas summer heat or fitting my “style”. At the time, I did not know much about the company, just what I saw and heard. In retrospect, I see the company and leadership a lot differently today than I did then.

Now, as I see it, Ebby Halliday Realtors® set itself apart from others with a branding of sharp looks and sharp people. You knew instantly when you entered a meeting who the “Ebby” people were, they dressed well and carried themselves with pride and confidence. It was not a fashion statement but rather a building of esteem and empowerment. This was at a time when the industry was filled with all kinds of polyester jackets and ensembles in golds, reds and blues all meant to be a walking business card and most looking rather frumpy after a few hours.

The dress code, whether intended or not, conveyed a professional status to these agents that drew notice. More than the notice it drew was the sense of esteem that many felt being affiliated with a large prestigious company. Because they felt like they were a part of the elite, for the most part, they took on that role and the responsibilities it brought. It was a culture of empowerment.

Perhaps more importantly, especially for the women who were coming out of traditional roles in secretarial, teaching and homemaking at that time, it was an elevation where they did not dress like they had before. While the clothes do not make the person, appearance can certainly change attitude and the passion to succeed. Ebby herself became iconic in her signature style and pursuit of business. For those who met her, there was no question that through her leadership, you were empowered to grow and succeed.

Ebby Halliday turns 101 next month. When I spoke with her assistant a bit ago, she confirmed that she is there are work. She works, not because she has to but, because she loves her business.

There are times when you suffer the disease being treated immediately, before things got worse. Thank you for the information:)

You have to keep on being enthusiastic and don't give up, keep it busy, hopefully it will pay off