The Role of Environment 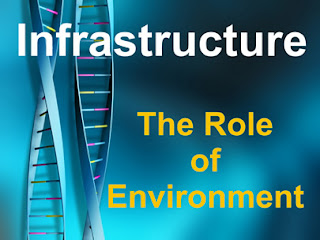 What role does environment play in your company’s infrastructure? The environment may be a greater factor than first thought.

There is a local hardware store in our community that has been a fixture for years. This is where you go when you want something that is not carried by a mass marketer. According to one online reviewer “This place is where you go when you need a widget to fit a whatchamacallit.” The location, which they left after twenty seven years for a new and larger location just across the street, was like wandering through an antique store where most things, even the new stock had a fine patina of dust. Items farther back on the shelf or lower had aged in place, accumulating a lot of dust. There were not many computers to be seen but a staff person was always nearby to help. Somehow, they knew where everything was or what you were talking about, no matter how poorly you described it. Turnover was low, so many of the employees were shall we say “seasoned” and full of character, with attributes ranging from grumpy to the grandparent who does not seem to have any urgency and all of the time needed to talk. The intercom system was basically “Hey Dave” hollered from some place in the store. In fact, it seemed that in the old store, time stood still.

When the move to the new location was announced, no one could imagine how to move this store with its friendly chaos and antiquity. How would you set it up in a new location, since if an inventory had ever been taken, it could not have included everything, some of it was probably inherited from an older store and stock. What would it look like? Would there be updating? How many of the staff would accept the changes? Most of all, would the hardware lose its unique character and inventory?

The move occurred two years ago. It was quite a process and I am sure that there were many discoveries of hidden treasure. It seems like it took months before they were totally moved. New computer stations with inventory were now found in every department and a paging system was installed. There was indeed more room and less clutter, with a semblance of organization and, especially in the check-out area, there was a distinct difference and newness, but without the austere efficiencies of the new mass market retailers.

Whether it was brilliant strategy or just a comfort in the old ways, I am not sure but the new store now looks a lot like the old one. I think that they moved the dust and the dirt with everything else. Aisles are cluttered, forming mazes with a confusing method of organization. Items of like kind are generally clustered together, but that is not guaranteed. The staff are for the most part the same people with the same characterizations. Somehow, the older ones still know where everything is and the newer ones, including a newer department manager I met, marvel at what things are, what they are used for and that there is no practical way to look many of these items up. She is one of the youthful ones 50 – 60 years old. The computers are accessed on occasion but they already look old with the dust that is growing and most are surrounded by well used catalogs that make getting to a keyboard nearly impossible. The paging system gets some use but more common is a friendly holler or being escorted to the guy who really knows all about that.

They still do not open on Sundays but the parking lot is always full and the store buzzes with conversations, stories and searches for that whatchamacallit. You never walk out with just the item you came for and you probably pay a bit more than you would have someplace else.

Converting to a well-lit clean environment with high tech tools and systems would have made this store just another small hardware struggling to compete with the mass marketers. Keeping the unique environment is absolutely a part of their infrastructure as their business cannot be sustained without it.