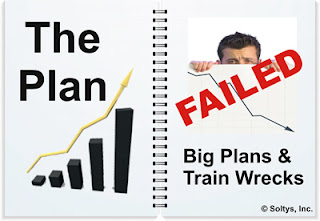 It all started with a phone call out of the blue. The voice seemed hesitant and shy, perhaps it was the accent. The message was specific. “I want to buy your company.” The broker had been thinking about an exit strategy for a while but options were few as there are not many buyers for large, multi-office real estate brokerages.

The answers to initial questions of who, what, why, when and how were all met with information that provided a scenario screaming for caution. Suggestions were made regarding due diligence, agreements, and counsel as well as really sketching out the objectives the broker wanted to accomplish within the sale. It seemed like nothing would really happen.

The buyer who called had a real estate license but not a broker’s license and there were no visible transactions under his name. More research indicated that he was indeed a man of verifiable substance that, in spite of his attempts to fly under the radar, had made it to one of the lists of the wealthiest in the United States.

The man was the owner of a holding company with many diversified business interests and concerns. He had a plan for growth and integration of products and services from his various companies but to accomplish his goals, he needed a real estate brokerage, a large one.

The broker did sell the company to the man and went to work for him, heading up one of the business units with a role of helping to acquire real estate brokerages to build a nation-wide entity. Real estate was just a part of the plan which included building 500 locations in key metro areas across the US. Each of these locations would house everything related to the home and home ownership with the flagship entity being retail furniture stores. Whether you needed to buy or sell a home, finance or refinance, insure or even have comfort foods such as a warm chocolate chip cookie, everything could be found under one roof and one owner. It was an ambitious plan.

To execute the plan, the man sought out some of the best talent in the nation to be the brain trust and leadership of the entity. Acquisition targets in many industries including banking were sought, considered and analyzed. Letters of Intent and contracts flew as fast as the legal department could write them. Proformas were created and calculated over and over with unit specific data rolled up to the enterprise level. Information from the big picture to the very granular was calculated with capabilities to isolate even the smallest of variables. Buildings were designed and drawn, land acquired, concepts and names vetted. It was an exciting adventure for all connected, full of energy, ideas, and creativity, all well-funded by the man.

There were actually two sets of leadership in the enterprise. The more formalized “C” team which were the newly combined brain trust, and then the “D” team who had helped start some of the foundation businesses under the enterprise. The “C” team was moving fast on the track and the plan for the future. Until the plan was in operation and generating cash, they were a cost to the company. The job of the “D” team was to make sure that the existing businesses ran smoothly and efficiently producing the money that funded the enterprise and the dream.

A key player recruited by the man had even bigger ambitions than the man himself. He considered himself to be a financial and strategic genius and as CEO for the enterprise was really the only person other than the man to be on both the “C” and “D” teams or have full perspective of activities. The man trusted the CEO and used him as his key advisor. The CEO was a smart, quick thinking and creative person who could look at a situation from six sides and cut a path through three of them. He understood the machinery of business and saw it as his job to build efficiencies and leverage all components of the enterprise. His initiatives and the direction he gave did indeed leverage the enterprise, but were also costly, requiring more capital. His experience was primarily in driving numbers and not the business entities behind them.

Unfortunately, some of his efficiencies and leverage were short cuts that should not have been taken. Worse yet, the two teams did not have a view of the entire picture and were pursuing the objectives placed before them at full speed. It was like having two trains on tracks that were sometimes parallel but often crossed without signals that both would be able to interpret. It was an accident waiting to happen.

The train wreck occurred with every element mangled and tangled together. People, both inside and outside, were shaking their heads wondering what had happened. How could such a great plan and an extensive enterprise simply implode? It boiled down to greed and a personal agenda. Being unwilling to wait for all of the work and planning to produce results, the CEO and the man had taken shortcuts that undermined and cut the business from its foundation. Without a foundation, the future that was being built could not stand and a great plan became a memory.

I found your site very beautiful and distinguished too. Thank you for your good work and continue.