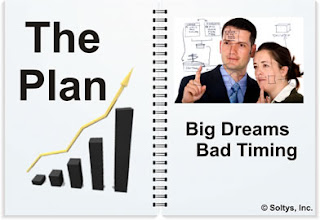 C. C. & Company was the brainchild of two people who were friends, neighbors and related by marriage. Having kicked around the industry in big companies and small ones for a number of years, they felt that there was a definite void in the business, a void that created opportunity.

The big companies had a tendency to hire large numbers of people, many new to the business and reap all of the production that they could before they either burned out, failed or developed their own stride. Those who grew up in the company took one of three paths.
The small companies offered little opportunity and in some cases tended to be needy and a little too close for professional growth.

That was the void. No company offered a professional culture, opportunity and would be known as “the best in the business”. One in which the highly talented could co-exist with those on the path of growth. Support personnel would be advocates to ensure that administrative aspects of the job never slowed down the professional. The finishing touch was a marketing machine that ensured a constant flow of business and opportunity.

C1 was considered to be the business person of the two, with well-honed skill in business management, insightful analysis and financial acumen. C2 was somewhat of a “Columbo” type of character. He wandered around the issues, was highly inquisitive and was easy to talk to, although you were never sure whether he was on task. His favorite saying was “What was my point?” In spite of all that, he usually came up with the right answer, developed the most meaningful partnerships and had a killer instinct for marketing coups.

Over the years, they grew the company to over 500 of the best in the business and were envied by competitors for their ability to find, keep and grow talent. Their leadership team included people with expertise, passion and personality. They expanded the business carefully without incurring debt and enjoyed about ten years of outstanding profit and enough business that there was always some that had to be turned away.

Then one day they saw their dream on the horizon. A beautiful building designed for the business and to house other businesses which would contribute to the rent. Attractive acquisition opportunities which would expand talent, customer base, product mix and market share seemed ripe for the picking. For the first time C1 and C2 thought that it would be prudent to access the capital to realize their dreams now since everything seemed to be aligned. They brought in a couple of minor partners, prepared to distribute stock and financed the building of the facility that would be their legacy.

The business growth was even greater than they had anticipated, they felt that they had again made the right decisions and became a bit less nervous about the debt they were carrying including building costs that were over budget. They were planning the grand opening of C. C. Center as an event that would spur even greater growth.

Then all of the sudden. as if someone had pulled a plug, the business climate changed. Their lenders did not want to extend the promised funds and became a part of their board of directors. Customers became more cautious and cancelled contracts that were not absolutely necessary. Contracts held often required a negotiation of rate. Cash, margins, projected revenues and opportunity fell sharply. For the first time, the company was faced with downsizing their prized staff. Marketing opportunities were cancelled and any obligations and expenditures that could be cut were.

The cuts were so deep that the advantage they had held was now gone. The lenders, seeing the decline, became more involved in the business, eventually calling all notes and bankrupting the company. Not only was their dream lost but also the dream of many who worked for the company.

Yes, they had become a bit over-ambitious acquiring companies and taking opportunities that stretched their resources. The building in other economic conditions would have been a good move, for not only housing the company but as an investment with a positive revenue stream. The timing of things that they did not control was the trump card of their demise. Their plan was built on a continuing best case scenario. They had not calculated any other scenarios to see the potential impact of a worst case scenario.

Both C1 and C2 got back on their feet and started new competing businesses. Both businesses are built with conservative plans and satisfaction in their slower rate of growth than comes from the school of hard knocks. Both are still dreamers but keeping their feet on the ground as they pursue goals and opportunity.

I really love this post I will visit again to read your post in a very short time and I hope you will make more posts like this.