Holding All The Cards 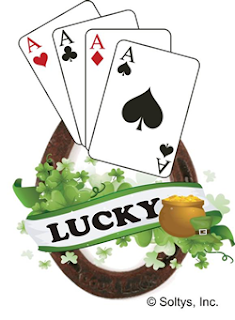 This morning I called a friend, as I often do. Sometimes it is to simply extend a friendly greeting or wishes appropriate for the day, and other times to discuss matters of mutual interest. Today I found my friend who usually has a cheerful voice, full of concern.
It appears that the company he works for is undergoing significant change, top to bottom, from who owns the company through the business objectives of the company. It seems that everything is hanging in a suspended state with few certainties, a vacuum of information and leadership fighting for turf and status. While the messages from the company are meant to create calm they do everything but create calm. Everyone knows that with the amount of change in process, nothing is the same or assured.

As we talked it was obvious that a part of what was weighing so heavily were the same feelings that you have when you are mourning loss. When changes are undefined and there is little that someone can do that is pro-active or forward moving it is natural to have the feelings of what is gone be in the forefront of the mind. What is gone also represented a comfort zone where you knew what the game was, who the players were and most of all how to win utilizing the strengths and talents that represented the value you brought to the company.

In the place between what was and what will be, leadership is needed more than ever. Staff and affiliates need objectives, meaningful communications and a feeling that they are moving forward. The lack of leadership brings on doubt, concern and a feeling that new paths and opportunities must be explored. A waiting game that goes on too long is a medium in which degradation grows and thrives. The only winners soon are the competition. They now appear as the bright and shiny pennies when compared with a throttled culture. They also represent a defined new beginning.

As we talked, I told my friend that he was luckier than perhaps he realized. In terms of his position and role that were part of the old structure, they are gone. He had gained the experience, contacts and made great contributions. No one could force him to stay and in the current status, no one was likely to make him leave. He actually holds all of the cards.

He has the opportunity to embrace the change and find a niche that he can claim or choose to follow his dreams in a new position or a new venture of his own. Letting go of the old that will never be again will be a welcome release that will bring him energy and opportunity.

I know that he has concerns and feels a vested interest in everything that he was a part of building, things that defined the former company. Some of those fears and concerns are certainly justified but just like the kid stopping the water with his finger, you will eventually lose to the forces you do not control.

We ended the conversation talking about plans A, B, and C. I could hear the excitement returning to his voice as he realized that he was lucky and able to make choices.