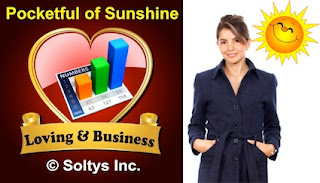 I met a woman who worked incredibly hard and held a very difficult position in her company. To meet her you would never know it, as there was always a smile and a warm greeting whether she knew you personally, professionally or maybe not at all. No matter what, when you were in Jill’s presence, you instantly felt like a friend not that you were talking to the CEO of a major company.

I did not see her often, maybe once every few years but her reaction was still as if we had just seen each other yesterday. She was truly blessed not only with an excellent memory but also the ability to put something that was personal or meaningful in each conversation she had.

It was interesting that when she was promoted to the role, many doubted that she could possibly succeed the iconic person she was replacing. There were rumors floating suggesting that her rise could not be attributed to her business talents and skills since she was not well known in the company, let alone in the competitive world.

She chose a different tactic, using not only professionalism, intelligence and talent but, more importantly, relationship skills and the ability to be genuine as she interacted. This leveled the playing field instantly as the people she would normally have been compared with, while great with relationships, lacked the personalized warmth and reaching out, rather than simply receiving those she met.

I had the opportunity to ask Jill what she did to make sure that the smile was always on her face and the warmth in her voice. She told me about her pocketful of sunshine. When starting her day, she puts six coins in her pocket, the denomination does not matter. On the way to work during her 30 – 40 minute commute, she reaches out to three people by phone. Her sole objective is to make them smile that day. They may or may not be a business contact and even if they are, no substantive business is discussed, it is reserved for a call back during her business day. The call may simply be a hi, a how are you, a birthday wish or anything else. In most cases, these are people that she does not talk to everyday at the office. When it is someone at the office, it is often a private conversation of care and concern that might be misinterpreted by observers in the normal business setting.

Each time the call is completed and Jill has “heard” the person smile on the other end of the phone, the coin goes from her pocket into a jar. On most trips three calls are made during her commute. On her way home, the same routine. The coins are donated to a charity and the amount met by several co-contributors.

When Jill was explaining this to me she said that she could choose to make business calls during that time but when she used to do that, she usually entered the office still wrapped up in whatever the issue the call dealt with. Instead, when she walks in, she is smiling almost all of the time because she has given and received three smiles, a bit of sunshine starting each day regardless of the weather, chaos before leaving or what she would face in her day. At one point, she realized that she was often carrying the weight of her day home to her family at night, so she replicated the morning routine on the way home and found herself walking in the door at home with a smile on her face and ready to be immersed in family time for a while.

While it is only six coins a day, the contributions to the charity have been significant over the years especially with the matching funds. More importantly, Jill has challenged those around her to adopt the practice, really changing the work environment and culture. Her warmth and generosity truly combines business and loving.

I am reminded of Jill and her “Pocketful of Sunshine” whenever I hear the song of the same title by Natasha Beddingfield.  I really admire Jill, not only for the work she does, but the investment that she makes in all of her relationships. She has certainly proven it pays off.

Email ThisBlogThis!Share to TwitterShare to FacebookShare to Pinterest
Labels: Loving and Business Series