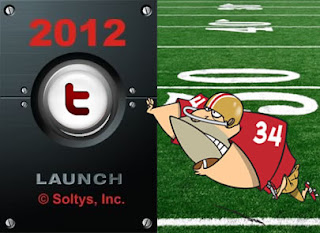 140 Characters? That's barely a sentence! Of course I can create, manage and maintain a successful presence on Twitter.

Sounds easy, doesn't it? However, there's an awful lot more to building and maintaining a following on Twitter. To refer back to our Blog Building post from last week, it's not as easy as, if I tweet it...they will come.

Check out some robust and trending Twitter campaigns. You'll notice several similarities. We're going to detail each of those similarities here.

1. Well received, well followed Twitter feeds follow other Twitter feeds. Look at the follower and following numbers. Most of the time they're fairly similar, except in the case of extreme niche feeds. What does this mean? It means you have to follow to be followed.

2. Twitter is about sharing, it's called the retweet (RT), and while there are many best practices about the retweet - which we will discuss in a future series - it's simply Twitter's means of sharing. The more you share the content of others, the more likely they are to share your content. That share, that engagement, is the success in your campaign.

3. Short though the sentences may be, the successful Twitter user is having conversations. Twitter effectively makes social listening possible. You share a sentence, and you get one back as a reply. As a mention (you are mentioned when you see the @ sign, as in @soltysinc), as a retweet or as a direct message, you then get to take the next step in the conversation. The Twitter account that bombards a feed with post after post after post, 25 in a minute's time (or worse) is not having a conversation. They are shouting over the heads of their followers. The listen is key here.

4. Savvy Twitter managers use hashtags (#) to further a conversation, to share an idea with a group of interested individuals. They do not use a hashtag simply to get their message in front of more people. To do so is, in effect, spamming.