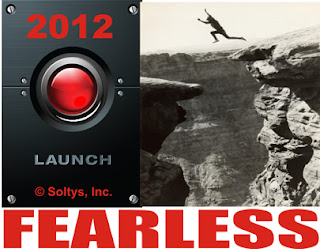 Company Apex has grown primarily through acquisition rather than organic growth. Over the years, each acquisition has brought change to the dynamics, culture and operations of the company. The initial vision and mission of the founding owner is no longer relevant to the company. A number of the governing documents are a patchwork quilt of documents and concepts from the acquired companies. At some points growth occurred so quickly that everything was done to make sure that the business momentum did not lose pace with the intention to go back and align everything to the company that was evolving.

The acquisitions were often fairly quiet fold-ins with little fanfare and, in many cases, people did not change much and continued in nearly the same role as they had prior to the acquisition. In many cases this was not a problem except that former owners still wanted to act and operate like an owner and allegiance was often local rather than to the company.

There is only so long that you can run a company that has grown in this manner without encountering points of failure, inefficiency or disconnected agendas.

Company Apex had realigned parts and pieces of the company over the years but decided that timing was critical to launch a unified, tightly organized company built to be a business machine. There were a number of factors that indicated the timing was right. Many internal changes had taken place in terms of people and changes required by the industry and or economics. Additionally, time itself brought changes in people including retirements and change in focus. The Internet forced out others who would not adopt to new requirements. The market place also drove the timing with abundant opportunities for more acquisitions. Perhaps most importantly, the industry was ready for an overhaul which would result in a new business model being born offering bountiful opportunity to the first adopters.

Everyone knew it was time for change...from those most invigorated by the opportunity to those who were fearful and cowered from anything that promised change.

Company Apex had a fairly large and diverse management/leadership team, too large to really move in unison. The first thing that had to be done was to select a core team to drive change and seed the opportunity throughout the company. This core team did not look much like the former leadership team. They were youthful, energetic, tech savvy and fearless. The team assembled had little, if any, baggage and just enough maturity to be responsible. A team like this needs guidance but should not be harnessed. The executive leadership understood that their job was to set the destination and keep the train on the tracks, but also to get out of the way and let the team carry the mission forward.

These were all smart decisions for Company Apex, as the old guard would not be the leaders of the future. The culture and draw of the company had to be designed to attract those who would seize the opportunities and move forward. The old guard were not sent out to pasture, but charged with utilizing their strengths and talents, to nurture, encourage and mentor the new core team. In this new role, they would benefit far more from the fruits of success than in the old methods that had nearly exhausted not only ideas and the market, but they were each tired and so was their passion and drive.

Company Apex is already seeing the difference the new and exciting culture has created in attracting those that would not join them before. There is an infectious energy that no one can escape, even the curmudgeons are smiling all the way to the bank. The company decided that all of their launches would be far more successful if they launched a new culture from within first.
Outside observers still do not know what happened, which is just fine by Company Apex. They are happy to have the spectators and naysayers banking on their demise, for they know that as those companies sit by the side they are losing their business, most dynamic people and the doers to Company Apex.

Call it evolution if you will, when change so substantial occurs that it changes the industry. Company Apex sees itself driving the evolutionary changes through constant revolution in a battle being against business status quo and suppression of anything different or new.

Evolution belongs to history and revolution is where the new is born.

If you are interested in reading a good book on transformational change, you may want to read “Putting A New Spin on Groups: The Science of Chaos” by Bud A. McClure.

I sat back and waited to see if anyone else was going to try and catch up, but I cannot wait any longer... This is a great post and I am excited to see where this Apex Company heads in the coming weeks, months and years. Internal launches carry through to those that are external and help bring about the excitement, energy and focus needed to build and grow legacies.

Great comment, Allen. It's a fitting post by Pat with all the excitement we are all feeling about the launches, both internal and external, that we have planned for 2012.

Nice post. I was checking constantly this blog and I'm impressed!
Very helpful info specially the last part :
) I care for such information a lot. I was
seeking this particular info for a very long time.

Thank you and best dating sites of luck.