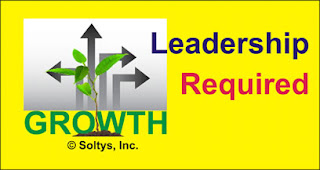 Tough times are the point where leadership has the greatest potential for growth. It is not unusual for tough times to mean a reduction in staff, especially support staff. In smaller companies more of those tasks fall to owners, managers and other key leadership staff. Even though there may be a lot of burdens and work, making the choice to lead is not just an option but critical. The following example gives a look at an owner forced to make choices.

A mid-sized company had flown high and been a poster company of success in the good times. The owner took on a mantle of pride and was delighted to be the go-to person other companies were referred to for a model of growth and productivity.

When I first started working with the company, it did not take long to see that the fable of the “Emperor’s New Clothes” was being portrayed in real life. Everyone was quick with the compliments and enjoyed the benevolence of the proud owner. Growth and taking on debt were encouraged by the franchisor whose growth objectives were at least in part met through their affiliates. Looking behind the scenes, the company was about ready to implode.

The management team saw some of the challenges coming with the changes in the market but they chose to mention only items that would not reflect poorly on them in the management team meetings. They knew with the market tightening, business being tougher to contract and nervousness in both consumers and staff that if the market changed in the direction they expected it to, they could potentially be in jeopardy in terms of their jobs and the business units they managed.

The managers also saw that many other companies in the same market were consolidating their physical footprint and utilizing technologies including the Internet, which had become the preferred business initiation point for consumers. In the meantime, revenues decreased significantly due to falling prices and cancelled business. The owner, rather than paying attention to the numbers, felt that the additional locations and service areas would soon bring revenue that would overcome what was hoped to be a temporary drop in business. Now that locations had been added, staff headcount grew, infrastructure requirements escalated and marketing costs exceeded budget. Many of these additional costs were being paid out of reserves so the problems were not as apparent as they would soon become.

The business usually had their highest revenues in the second and third quarters, with the fourth quarter being good but not as strong. The first quarter was always the big challenge. The bookkeeper called for a meeting with the owner to go over finances, as there was not enough in reserves to pay bills. Pending business for the next three months, which would go into the first month of the first quarter, would not cover current bills or any type of cost related to growth. The reports had been sent but the owner was often too busy to really look and see what was happening. The owner, always an optimist, decided to work with vendors, renegotiating terms and extending payments, still thinking the problem would be short term.

The downturn is a part of one of the most challenging economic periods that the industry has ever seen. The growth that had been taken on was now crushing the company, with threats of action from vendors, landlords, former owners of companies that had been purchased and the franchisor.

Even though it took several years, the owner faced with crisis is stepping up to the plate. Taking a hard look at every location, every member of staff, viability options for the business and protection of personal assets, the owner is now taking the reins of the company and becoming the leader the company has needed for years. While the benevolent characteristic of the owner made accountability of the managers difficult, the depth of the problems and threats mandated change. Everything is scrutinized against the objectives of the business.

The owner now has a hands-on understanding of the company utilizing the reports as vital tools. Gone are all of the barriers to clear vision. Part of the process of becoming a leader had been working through fear and loss. The owner now works from an objective oriented position of strength, gaining input, utilizing analytics and working through others with accountability. Pride is still there but it is now with perspective and new sense of accomplishment. No matter what the future brings, the owner is a better leader and stronger than ever. The choice was to lead rather than cower in fear.